The Wonder of A Monster Calls

The Wonder of A Monster Calls 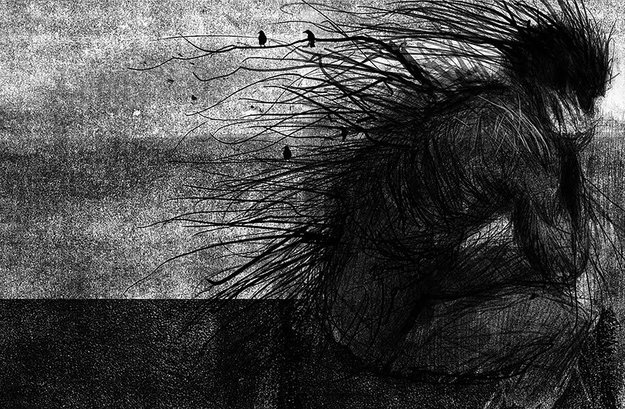 ‘A Monster Calls‘ was a publishing sensation. It is the only book to have won its author and illustrator the Carnegie and Greenaway medals, of 2011, respectively. Yet it had inauspicious beginnings.

Author Siobhan Dowd determined to write the story in 2007, as she dealt with her own terminal cancer. She left the manuscript for Patrick Ness, to complete. He took it and made it his own, saying he felt that Siobhan Dowd had given him permission to ‘set it free, let it grow and change.’ So began, the wonder of  ‘A Monster Calls‘.

Its liberty extended to Jim Kay’s illustrations. From just one submitted interpretation, he was selected to add images. Jim Kay and Patrick Ness did not meet until after the book’s publication, in May 2011.

To write a story of a boy lost to the horror of his mother’s terminal cancer, with an absent father, distant grandmother, and negligent school community, is a tough call, and offers a tough read. There is nothing summery or sweetened here, but rough truths and real lives.

The reappearance of a monster yew tree forces Connor to admit to his guilty fears. It tells him four allegorical stories at seven minutes past midnight, while the clock ticks down to Connor’s own story telling.

A Monster Calls moved me so much that I encouraged my book group to read it, despite its ‘young adult’ placement. They were moved and awed, in turn. Daniel Hahn, writing in the Independent said, ‘A Monster Calls’ is ‘brave, beautiful, full of compassion.’

Patrick Ness wrote the screenplay to the film of his book, and Jim Kay, again, provided illustrations. I saw it last week, somewhat trepidatiously, as anyone who has loved a book only to experience its loss on screen can understand. There was no sense of loss here, only a feeling that all involved have done the book, the story and Siobhan Dowd proud.

It is a monumental piece of storytelling- brave, true and fulfilling. As the yew monster says to Connor O’Malley, ‘Stories are wild creatures. If you let them loose, who know what havoc they’ll unleash?’ This is the wonder of ‘A Monster Calls‘ Bronnie