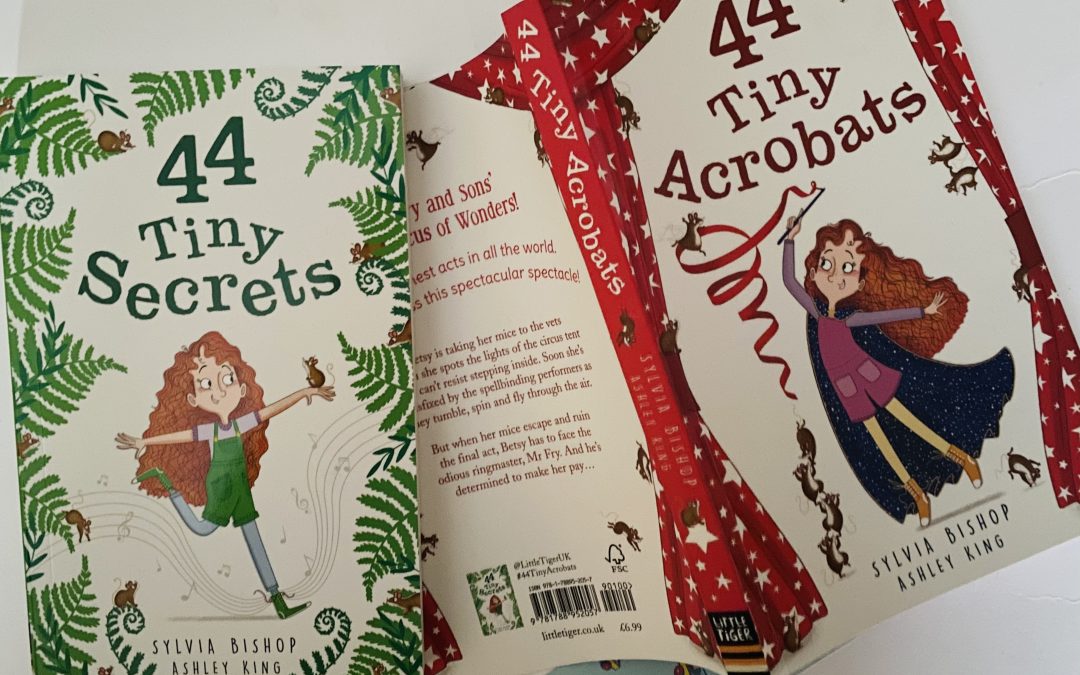 Today is publication day for 44 Tiny Acrobats, the second book in the 44 Tiny… series, written by Sylvia Bishop and illustrated byAshley King. This time, Betsy and her 44 pigmy mice are off to the circus, to meet marvellous magicians and tempestuous ringmasters.

In this guest post, Sylvia Bishop talks about one of her favourite writing tools – ‘character games’ – and introduces the cast of 44.

Her online workshop on character games this Saturday (6th February) has sold out, but tickets have just been released for 27th February: https://www.speakeasy.com/speaker/sylvia-bishop 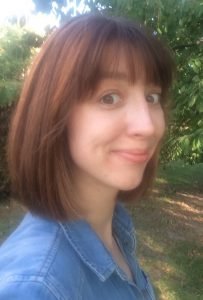 What is a character game?

This is a concept I learned from improvised comedy (which is going-on-stage-and-making-things-up, and was made famous in the UK by Whose Line Is It Anyway?). A character game is simply any rule for how your character behaves. It could be very general, like “Tries to be better than everyone else”, or very specific, like “Keeps trying to open the tin of beans no matter what happens”.

Games are warm and fuzzy and gently funny

Our brains want people to be predictable, and children are constantly working on their theory of how-people-will-behave. We love and laugh at wonderfully predictable characters. Look at every single character in Winnie the Pooh – reducible to one or two games each, and hilarity ensues.

If you’re writing a series, ‘gamey characters’ are a gift. When they re-enter in book two, they are instantly themselves. In 44 Tiny Secrets we are introduced to Grandad:

“He always flapped his elbows up and down as he talked – Betsy used to think it was how he breathed. He flapped them accusingly at her now.”

Bringing a sad Grandad back in the opening of book two was easy:

“Normally his elbows wafted around merrily whenever he talked, or moved, or breathed. Today they drooped at his side like two sad worms in a cardigan.”

What of Betsy’s father?

Betsy’s father, Bertram, was another one who came easily back to life. Here he is in 44 Tiny Secrets:

“The news of Betsy’s talent turned him a pleased sort of pink. Then he opened the box of cream cakes and found that they had all been eaten, and he looked just a tad less pink. He pushed his glasses up his nose forlornly.”

When he and Betsy’s mother enter the fray in 44 Tiny Acrobats, they have come to cheer up Grandad:

“Her mother, Bella, had brought a book of piano duets – she and Grandad were both excellent pianists, and loved to play together. Her father, Bertram, was clutching a bulging bag of cream cakes (he had given up playing the piano these days, but was an excellent cream-cake eater, and he loved to eat them, with or without anybody else). And they had both brought enormous smiles and chirpy voices and ENTHUSIASM.

“I thought we could play a few duets together, Dad!” exclaimed Bella.

“An’ I foughmff ee coulff haf afnoon tea,” exclaimed Bertram, with his mouth full of an eclair that he was sampling, just to make sure it was all right.”

Inappropriate games are even funnier

Human behaviour really is rule-bound. We all have patterns. Ask linguists, psychologists, movement theorists, or anyone who has known a human for more than five minutes.

But normally, these patterns are “situational”, which means we all follow different rules in different situations. I am a notorious chatter-box, and I slouch; but even I would stand up straight and shut up if you introduced me to the Queen or tried me in court. When people don’t switch rules, the result is funny. You’ll find this brand of funny everywhere in children’s books.

In 44 Tiny Acrobats, we meet a magician called Enoch the Splendid. His habit of taking people’s figures of speech literally is appropriate enough when he meets Betsy…

“It’s just that, you see, my mice are in your table.” Now she said it out loud, this didn’t sound as reasonable as she had hoped.

“I don’t see that at all,” said the Splendid, “But it sounds tremendously interesting. Tell me again. Your what are in which?”

… but becomes comically inappropriate when he is in serious trouble with the ringmaster, Chester Fry:

“Can you pull a new act out of a hat for me, Enoch? Something London has never seen?”

“My dear Chester, I don’t believe any of my hats are large enough.”

When we meet people, we see patterns of behaviour. We don’t SEE, say, shyness. Perhaps we see short, incomplete sentences; or long pauses before speaking; or physical contortions aimed at trying not to take up space. But usually, we file away the overall impression, and don’t remember the details.

Visual artists must learn to un-see the expected colours and shapes which they think they know, and break these back down into the shades and shadows that are really there. For a writer, there’s a similar discipline: breaking down your impressions of people into their particular behaviours. Watching their real-life games.

And then, if you like, you can exaggerate what you see for comic effect. Which I can never resist.

A selection of Sylvia’s novels for younger readers is available from the Bookwagon online independent children’s bookstore, including:

A Sea of Stories

The Secret of the Night Traint