Choosing the path between the stars 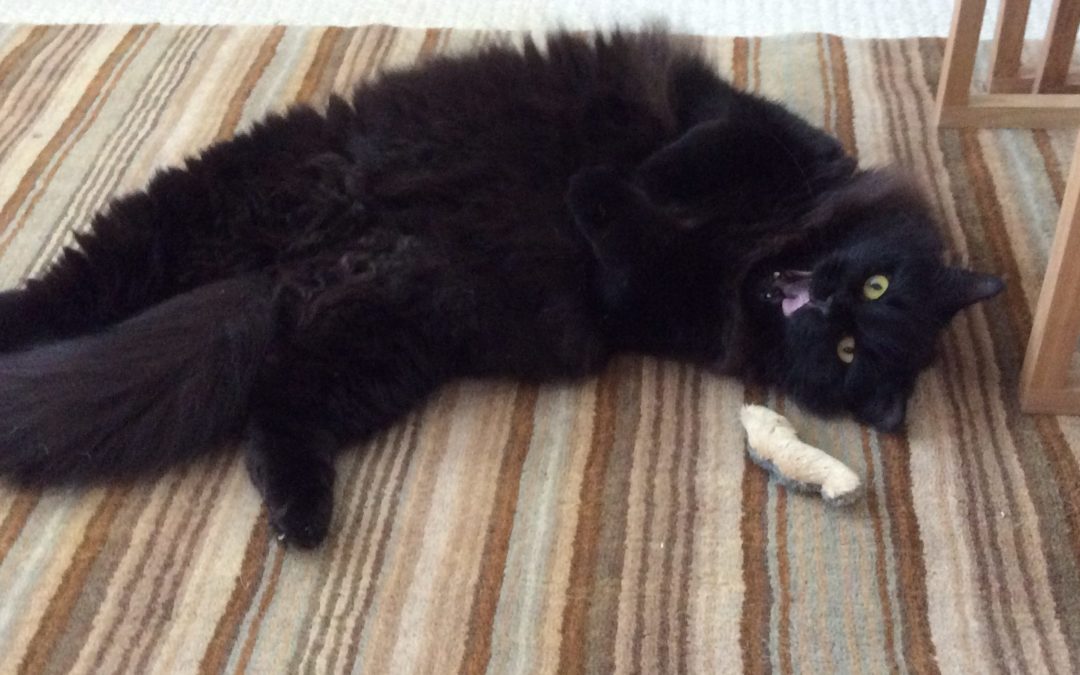 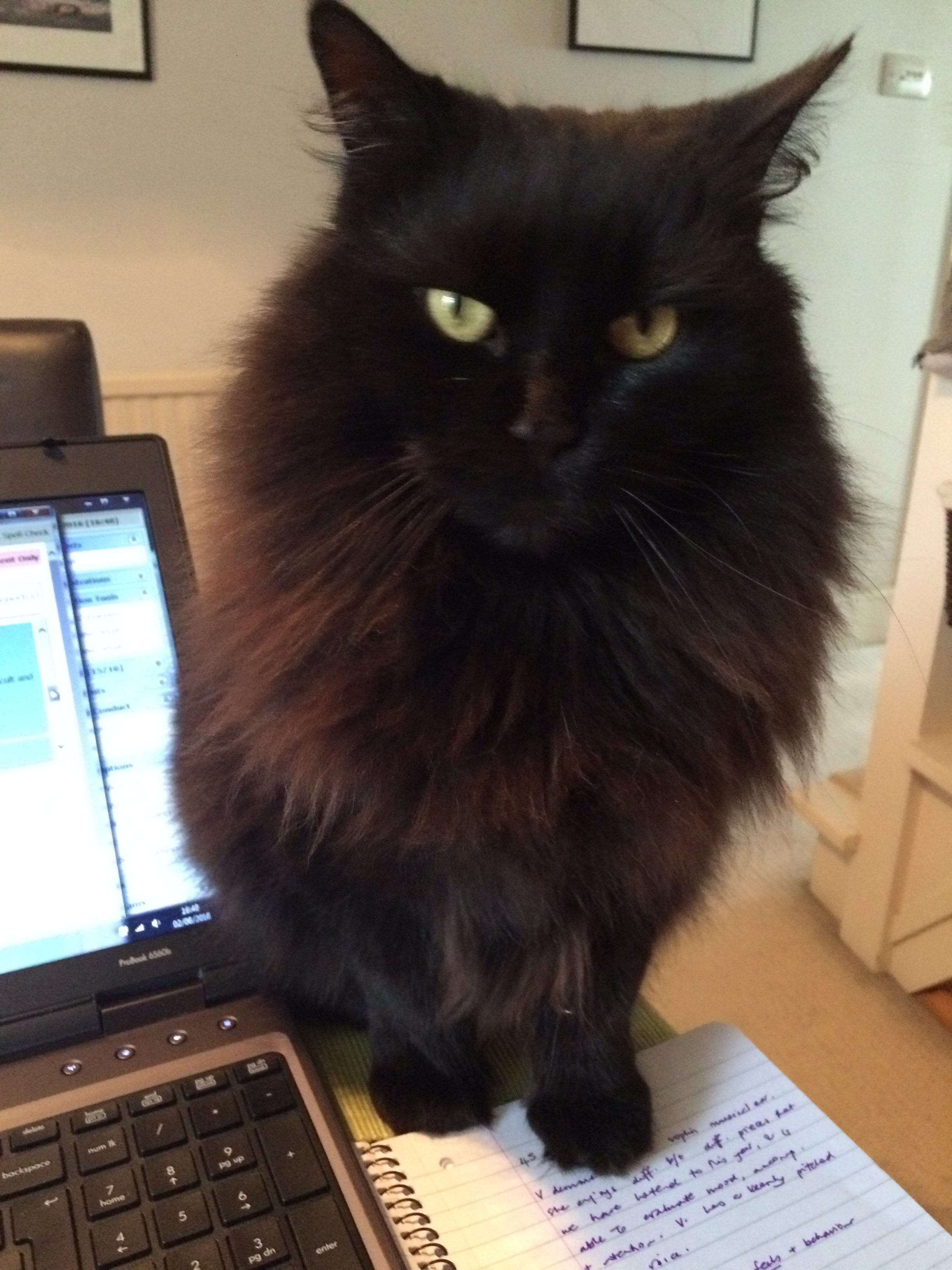 Some years ago, we paced an aisle between cages of cats and kittens, choosing just one. There were representatives of every colour, breed and age of cat. So many cats were friendly and keen to engage. On our third, final agonising walk, a small cat unravelled herself from a sleeping hole and leapt to the shelf next to where I was standing. She purred and smiled. This small cat had been undisturbed by the feline kerfuffle of our visit. Yet once awake, she proved attentive. She was accompanied by two kittens, mirror images of her fluffy, bedraggled blackness and just about as big. They were a Jolly and Dolly to her Polly. The three had been found in a locked shed in north London.

Polly cuffed her kittens as she left for her ‘forever’ home and did not look back. She has not looked back since.

Without Polly, our home and Bookwagon, would not be the same. My sister calls her Princess Polly. She does rule our abode. Choosing her was both a wonderful and awful experience. Our circumstances curbed my urge to rescue more cats. Knowing we were enabling a half-starved, underage mother cat through a new, good start helps.

‘Distinguished illustration in a book for children’ is celebrated in the Kate Greenaway award, founded in 1956 and named after the 19th century children’s illustrator.

International writers and illustrators were included in both fields since 1969. Last year’s Carnegie and Kate Greenaway winners- Ruta Septys Salt to the Sea and Lane Smith There is a Tribe of Kids- are  American.

I shadowed the awards with two primary schools but found it increasingly difficult to offer the full range of titles. A majority of the selection appeared to target the YA market. It is the same with this year’s selection.

Bookwagon titles included in this year’s shortlist of eight are Wed Wabbit and  Beyond the Bright Sea.

King of the Sky,  A First Book of Animals and  Under the Same Sky are Bookwagon titles within the Kate Greenaway shortlist.

Five of our favourite titles are amongst the judging panel’s final choices. However, we are nonplussed at the absence of so many wonderful children’s books published during the selection period.

Social media suggested that the Carnegie Award should  separate the children’s and young adult categories. Young Adult novels are consistent winners of the Carnegie Award. In the past 25 years ‘Ruby Holler‘ by Sharon Creech, David Almond’s ‘Skellig‘ and Frank Cottrell- Boyce’s ‘Millions‘ have been the only Carnegie medal winning children’s books.

I agree with a stand-alone children’s award within this annual prize-giving. The American Library Association offers this category amongst others that would be relevant to British children’s reading experience, including a separate YA award.

British books should be the focus within a revised Carnegie and Greenaway awards. Against that, British children would benefit from access to a more readily available, wider range of translated, international children’s books.

Regional children’s book awards are thriving. These are often voted for by schools and local, fully functioning community libraries. Most recently, Lisa Thompson won the 2018 Southwark Book Award for The Goldfish Boy. Later this month, that title will be in contention with other Bookwagon favourites for the Leeds book award.

Fleur Hitchcock’s pace and realism is enjoyed by Bookwagon readers.  Murder in Midwinter was named the 2018 Salford Children’s Book Award winner this weekend. Mr Bookwagon read Bus Stop Baby this week, while I completed Dear Scarlett today. These are such readable books, ideal for mystery lovers!

We seek books offering our readers excitement, challenge, interest and satisfaction. Recently, we chatted with a group of  young adult readers busily comparing the attractiveness of book covers. They offered that this is still the best way of choosing a good book.

This week, I added the magnificent A Lion in Paris to the Bookwagon shelves. The cover, scale and picture book maker encouraged my choice. Beatrice Alemagna’s On a Magical Do-Nothing Day is a Bookwagon favourite. Both would be amongst my choices as best international picture books, should there be any sort of competition in my room where I write.

A Feast of Choice

In The Perfect Picnic best friends Squirrel and Mole head out on a spring day, with a rucksack of food, just the way Squirrel likes it (‘No butter on the sandwiches, Mole!‘) However, their search for the perfect picnic spot is jinxed at every turn.

Rabbit and Hedgehog are stumped when they elect to celebrate their birthdays. What should would a Hedgehog like? What about a Rabbit? You can share this story, and three others in the beautiful gift compendium Rabbit and Hedgehog Treasury by national award winners, and former Children’s Laureate, Paul Stewart and Chris Riddell. 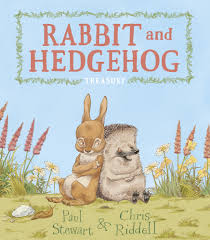 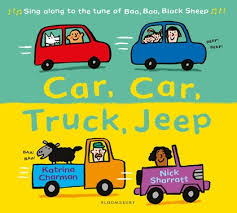 There are plenty of turns, twists and toots and traffic in the glorious new book for early readers by Katrina Charman and Nick Sharratt. I imagine many families singing Car, Car, Truck, Jeep to the tune of ‘Baa Baa Black Sheep’ at bedtimes across the soon-to-be British summer time country.

How might a book be enjoyed, at bedtime or any other time? Jeanne Willis and Tony Ross raise the question and come up with a reel of rhyming responses in the resounding Not Just a Book.

What do you choose?

On International Forest Day we enquire How Many Trees? We love this intriguing picture book by Barroux. However, we’re left with the question, ‘What comes first? The seed or the tree?

ALA award winner Laura Amy Schlitz is a Bookwagon favourite since The Princess and the Crocodile.  The Hired Girl introduces us to an impulsive, idealistic heroine, Joan Skraggs, aka Janet Lovelace. I recommend this title to readers of classic stories such as ‘Anne of Green Gables’ or ‘Little Women’.

We know that many of you are encouraging the Easter Bunny to share books, rather than eggs this holiday. Don’t forget to remind him that free delivery is available on books totalling £20.00 through choosing this option at the check out.