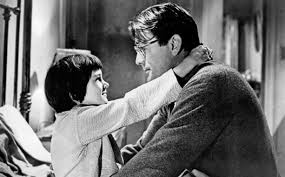 “I feel that the care of libraries and the use of books, and the knowledge of books, is a tremendously vital thing, and that we who deal with books and who love books have a great opportunity to bring about something in this country which is more vital here than anywhere else, because we have the chance to make a democracy that will be a real democracy.”

When I enter a library or bookshop, I am often frustrated that:-

One of the reasons we started Bookwagon was to offer readers wider reading opportunities. We wanted to stock different books, from different countries, that may have been translated from other languages, or were worthwhile favourites that had been reprinted and were waiting to be reintroduced to a reading audience. We determined that we would leave no stone unturned to bring quality books to children.

I realise there are fewer people who really know about books; libraries are at risk in Britain because of funding issues, the majority of bookshops are chains selling the same titles dependent on stationery and add-ons for profit, while many schools consider reading as something to be taught and passed, only.

However, society knows in its collective bones that reading is what makes us human:-
“Always be reading something, he said. Even when we’re not physically reading. How else will we read the world? Think of it as a constant.” ― Ali Smith, Autumn

People who travel, especially the type of travel where you step off the cruise ship and explore, expand their understanding of the world. However, people who read are enabled a wider world view than those who do not.

As the world becomes an ever more ‘fiery and furious’ place, books offer windows to the world. We can’t all travel and we don’t all meet and talk to people whose experiences are so different from ours. But we can read, learn, infer and understand:-“In reading we have to allow the sunken meanings to remain sunken, suggested, not stated; lapsing and flowing into each other like reeds on the bed of a river” – Virginia Woolf, Selected Essays

Sometimes we look for people like us, be it the way we look or feel, but sometimes we need something really different:-“In truth, Kipling’s politics are not mine. But then, it would be a poor sort of world if one were only able to read authors who expressed points of view that one agreed with entirely. It would be a bland sort of world if we could not spend time with people who thought differently, and who saw the world from a different place.” ― Neil Gaiman, The View from the Cheap Seats: Selected Nonfiction

There has been a lot written about the need for greater diversity in children’s literature. Certainly, it is something about which Bookwagon is aware. Quality publishers are more likely to offer books that are more truthfully representative of a whole range of differences in our world, enabling society to have a fairer, more honest picture.

A favourite title of ours, that won four major American children’s reading awards, is Last Stop on Market Street by Matt de la Pena, illustrated by Christian Robinson. We travel by bus across the city with a young boy and his grandmother, seeing the passengers and outside world through the boy’s eyes, comparing and making sense of him, ourselves and the surroundings.

Younger readers adore the works of Stephen Davies. Drawn from his life in Burkino Faso, his stories are rich, colourful, divergent, humorous and mesmerising. We are proud to recommend The Goggle-Eyed Goats resplendent with Christopher Corr’s bold African sky colours.

The 2017 NZ Picture Book of the Year, That’s Not a Hippopotamus! by Juliette MacIver, illustrated by Sarah Davis, has a truly representative class of children helping their teacher and zookeeper find an elusive hippopotamus, in a rollicking rhyming story, full of incident and diversion.

Coyote Summer by Mimi Thebo, sees Jules’ observations and experience of farming hardship and community contrast enormously with her own life in cosmopolitan London. Attitudes to animals, society and race are formed by conflicting traditional beliefs and history; these touch Jules through her experience and the discovery of her unknown father’s heritage.

Joanna Nadin’s Joe All Alone will be a CBBC drama in the autumn. Joe is left alone in the South London flat he shares with his mother and hopeless boyfriend. Without resources, protection or support, Joe has only an uncertain new friendship to offer him hope. White Lies, Black Dare continues the story of Joe’s saviour, Asha, whose fortunes have nosedived. In Peckham, she struggles through her mother’s aspirations and illness, and the demands of a cool gang, who coerce her into compromising, cruel and dangerous behaviour.

The Breadwinner tells Parvela’s story. She breaks the rules of Taliban Afghanistan to earn money for food for her family after her father is forced out of their home by the authorities.

Magically Frank Cottrell-Boyce has recreated the smell, innocence and hope of a Year 6 summer classroom, delighting in the differences offered by Mongolian brothers who arrive in their environment, entirely alien, defensive and scared, in The Unforgotten Coat.

Andi’s delight in the arrival of her much- longed for older half-brother fractures when she realises how different she is from him, from height, to background, beliefs and culture, to fears and responsibilities. Tall Story by Candy Gourlay, is a funny, humane and heart-warming story.

Walter Tull rose to become Britain’s first black professional football player, and was later mentioned in military dispatches for his bravery on the front in WW1, where he became the first black officer. His story is beautifully told in Michaela Morgan’s Walter Tull’s Scrapbook.

Darby, who has Down’s syndrome, narrates A Storm of Strawberries by Jo Cotterill. Darby is looking forward to the annual chocolate hunt, but feels threatened by her older sister’s new friendship.

We experience threatening urban poverty in Crenshaw where Jackson’s family face eviction, food banks, and a home in their car.

Reading allows us to discriminate between truths and ‘fake news’ and build a bigger, kinder picture of our world. It allows us to adapt, understand and empathise, and realise other people’s views, experiences and backgrounds. Reading is the food of our thinking, feeling and being.

“Atticus, he was real nice.”

‘”Most people are Scout, when you finally see them.”- Harper Lee, ‘To Kill a Mockingbird‘