Goth Girl and the Ghost of a Mouse

Goth Girl and the Ghost of a Mouse

Ada Goth must be heard and not seen.  She is compelled to wear heavy boots that he made hide at her approach. Lord Goth grieves for his dead wife, Ada’s tightrope walking mother, whom she resembles closely. Marylebone, an invisible lady’s maid, who selects her daily costumes, watches Ada’s movement through the sprawling gothic estate. The suggestively evil Maltravers, the indoor gamekeeper (who smells of wet carpets) keeps tracks on her too.

‘Goth Girl and the Ghost of the Mouse‘, is the first of the fabulous ‘Goth Girl‘ series. The Romantic Ghastly- Gorm Hall is the setting for a host of wild, historical and literary characters. There are Ada and the poetry writing Lord Goth (representing Byron and his daughter). Ishmael Whiskers longs for his story to be told. There’s the Polar Explorer (Ancient Mariner) or Dr Cabbage, employed to create a Chinese calculating machine for Lord Goth. 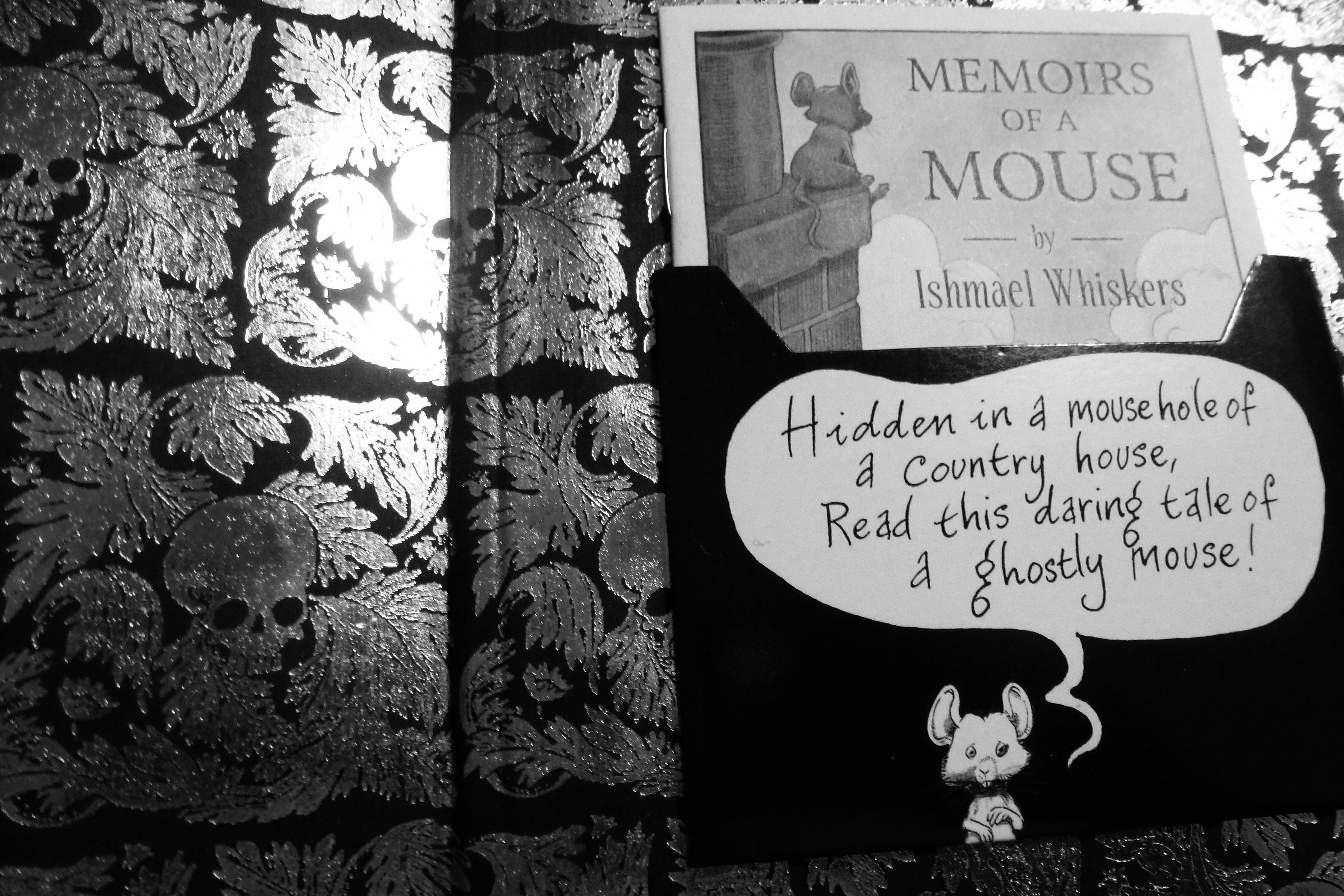 You can sense Chris Riddell’s’ delight in his creation when reading ‘Goth Girl and the Ghost of a Mouse’. The story is ripe with wordplay and puns. There are literary characters, and devices reminiscent of other eras that may go over the heads of  younger readers. However, they will enjoy the fun and nonsense, and sheer improbability of the former Children’s Laureate’s creation. William Cabbage delights in matching his ghostly appearance to his surroundings, including flock wallpaper. Sheepdog Nana Darling is one of the familiar nannies within the cast. Then, there’s Great Uncle Clock- ‘Little Ben clock maker trained mice to run up the clock and wind them up.’ There are asides and laughs to be had up sleeves throughout the story.

Jokes and dazzling illustrations do not diminish the pace and drama of ‘Goth Girl and the Ghost of a Mouse’. The plans of Ada and her newly found friends-  Ishmael, Emily and William Cabbage and the staff children-  enthral! ‘What happens in the Attic Club stays in the Attic Club’. Can they curb Maltravers’ evil plans for the night of the Metaphorical Bicycle Race and the Indoor Hunt? Bronnie