A wholesome and necessary thing* 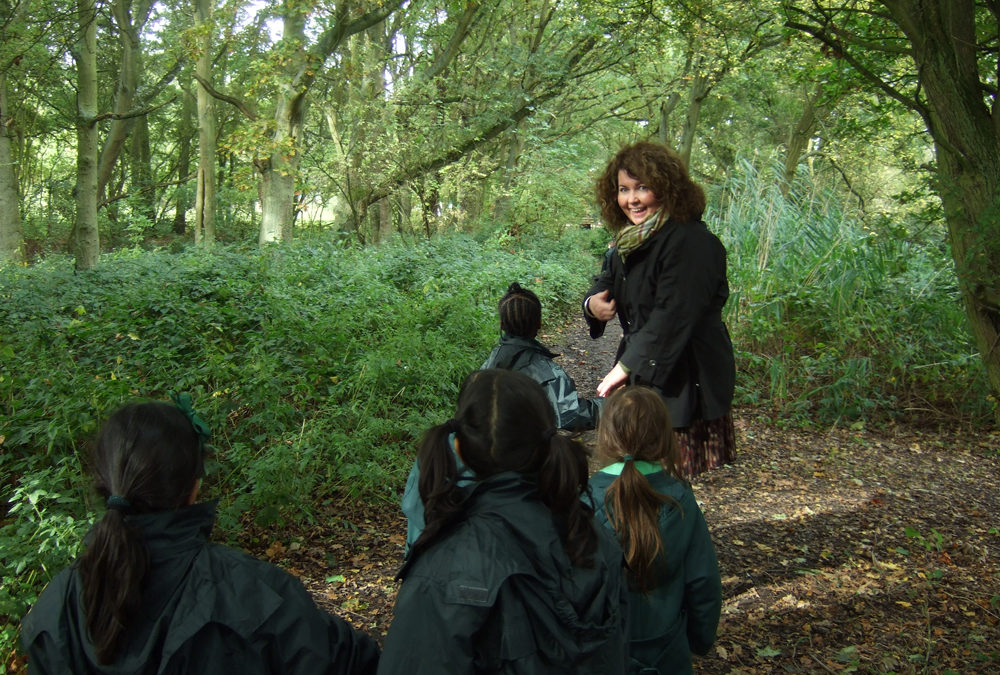 I had the good fortune to teach last week in a school that necessitated a 45 minute drive each morning and evening. I began to relax into the journey, and look forward to the changing scenery. Many years of darkening mornings, misted windscreens and a packed seasonal work and home schedule had me dreading autumn.  However, with a change of career, something has lifted. It’s aligned to a year where our only travelling has been within Britain. I’ve been reminded of the awe I felt when I first came to this country, when my sister-in-law’s generous parents insisted upon and supported my explorations- particularly South-West England, Gloucestershire, Somerset, Sussex, Kent and Wales. I was dumbstruck by the beauty of these areas, and again, when I travelled north, Suffolk, Shropshire, Cumbria and to Scotland.

Jackie Morris had been contacted by Robert Macfarlane to make a children’s book offering meanings and images for twenty words from the natural world erased from the Oxford Junior Dictionary. They were considered no longer relevant, no longer within ‘the current frequency of words in daily language of children‘.

The result, The Lost Words , is one of the most wonderful books I have ever encountered. It is breath-taking. From its lush gold lustred pages, to proud A3 stature, this book is a monument. It defies a categorisation; it is not a children’s book, a natural book, a poetry book, a picture book – it is a testimony to all that is free, awesome and wild in our world.

Together, Robert Macfarlane and Jackie Morris have created a brave book composed of swirling verse, with each of the twenty subjects announced as an illustrative acrostic containing tear-jerking, spring sampling language. So a conker is announced as a ‘cabinet maker, could you craft me a conker?‘ An ‘i’ included in magpie is- ‘interrupt, interject, intercept, intervene!’ A kingfisher is declared a ‘the colour giver, fire bringer, flame flicker, river’s quiver.‘

Each creature or object is announced in a declarative illustration of its name’s letters, before a glorious page of illustrative text alongside a single portrait image. To conclude each entry is a double page painting. It is almost like the most luscious dessert Versailles could contemplate.

Bramble, bluebell- ‘Lost in the depths, drowned in the blue’, an ‘air eating’ weasel, a shape shifting, heart stopping otter, newts who are ‘kings of the pond, lions of the duckweed, dragons of the water’.

I am alight with this book, this treasure trove of magic, yet…. it follows a week of teaching, a week of outdoor shoes, padded overcoats, jumpers, fleeces, holding hands in safe columns, of children who have never picked up feathers for ‘fear of touching dirt.’ They are not exceptional. A National Trust survey in 2016 discovered that while 96% of parents thought ‘it important that children had a connection with nature and playing outdoors was important‘, children play outside for just over four hours a week, compared to their parents’ 8.2 hours. A poll last year, sponsored by Unilever, undertaken by Sir Ken Robinson, discovered that 1/10 children play in wild spaces only, that 3/4 of British children spend less time outside than prison inmates – ‘many children don’t get to be outdoors in a natural environment in any regular or meaningful way.‘ United Nations’ guidelines insist that prisoners require at least one hour of suitable exercise in the open air daily, yet just 74% of children spend less than an hour outdoors every day. Meanwhile, we have warnings that severe Vitamin D deficiency in this country, caused by an absence of natural light, is increasing noticeably.

I recognise that Britain’s weather, about which there is so much conjecture and derisory comment, alongside its equally tempestuous political climate, can make a dash abroad feel a necessity, but, to quote a New Zealand jingle from my childhood, ‘Don’t leave home till you’ve seen the country.‘ It would  sadden me when Year 6 children on a school journey, were dumbfounded to discover the sights and spectacle of Somerset or the Isle of Wight on our annual pilgrimages; some had never ventured out of London, yet had travelled business class to Florida, Mauritius or Dubai.

It doesn’t have to be a big journey to the country. Our towns and cities are full of countryside, places to explore, get dirty, have an adventure, make discoveries and get close to nature. While the Forest School initiative is a superb inclusion in the curriculum, and cycling is a healthy pursuit, neither are constant or even frequent, while a good dig in the garden, outdoor chores, a seasonal walk, a pond dip, a little bird spotting or natural collecting, are timeless, free and a forever plaster. ‘Children don’t have enough idle time to think on things. There is too much frenzy, too much scheduled activity‘- said children’s laureate, and mother, Lauren Child, last week.

I am in awed gratitude to Robert Macfarlane and Jackie Morris for their magnum opus. It is a work of great wealth, worth and quality. It merits a place in every home and school. It’s message meanwhile, of the wonder of our outdoors and the respect and attention it merits, must be realised.

“The Lost Words” is available from Bookwagon with a new delivery charge of £1.25 only

*It is a wholesome and necessary thing for us to turn again to the Earth and in the contemplation of her beauties to know the sense of wonder and humility’– Rachel Carson, ‘The Sense of Wonder‘